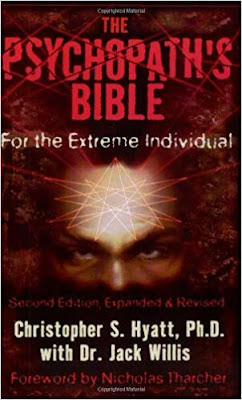 In the most of the world, psychopaths have gotten a bad rap. That, of course, is quite understandable since almost all of the world's religious and social philosophies have little use for the individual except as a tool to be placed in service to their notion of something else: 'God,' or the 'collective,' or the 'higher good' or some other equally undefinable term. Only rarely, such as in Zen; in Ayn Rand's philosophy of Objectivism; in some aspects of Tibetan Buddhism and Hinduism; and in some schools of Existentialism, is the individual considered primal. Here, finally, is a book which celebrates, encourages and educates the best part of ourselves --- The Psychopath.

Other titles of Hyatt´s books are: To Lie Is Human: Not Getting Caught Is Divine, and, Pacts with the Devil: A Chronicle of Sex, Blasphemy & Liberation. 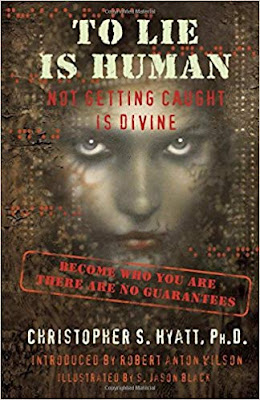 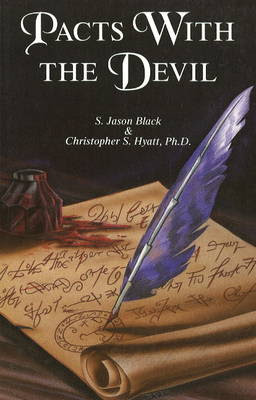 Hyatt is one these many American intellectuals who after their own names always write the title Ph.D, in order to make you believe that we here have to do with an authority in something. In Hyatt´s case such a title would mean: completely incompetent philosopher. But one should not understate what this decline in philosophy means. Because you see Hyatt´s “philosophy” everywhere today in the coaching and self-help environment. So maybe Hyatt´s book actually is a bible? In my article Humanistic Psychology, Self-help, and the Danger of Reducing Religion to Psychology I have shown the resemblances between the advices given in self-help books, and the actual behavior of the psychopath. This theme is continued in my article Self-help and The Mythology of Authenticity.

Hyatt´s “philosophy” also shows the background for the flight from rational thought (philosophy), and the consequently free-for-all approach to psychotherapy we saw in the counterculture movement, The Human Potential Movement, and today in New Age. I have shown this in my articles The Devastating New Age Turn Within Psychotherapy, Spiritual Vampires, and The Vampirised Spirit of John Rosen.

We have seen it all before: namely with the Sophists in ancient Greece, who succeeded in corrupting philosophy in a degree that it hasn´t been the same since. As we can read in Plato´s works (and in the Upanishads as well), philosophy belongs to an ancient forgotten time. Plato (Socrates) was not the beginning, but the end.

There is an interesting tribute to Hyatt, called Lucifer's Rebellion: A Tribute to Christopher S. Hyatt, by Israel Regardie. 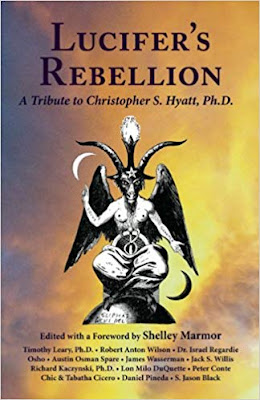 As I have shown in my own books on Lucifer (Lucifer Morningstar – A Philosophical Love Story, and, Karen Blixen – The Devil´s Mistress), Regardie, and Hyatt himself, haven´t grasped the paradox of Lucifer´s game. Tragically for themselves, they have forgotten his surname: Morningstar. Find out yourself what this means. My books are free for download.
Posted by Morten Tolboll at 2:18:00 AM
Email ThisBlogThis!Share to TwitterShare to FacebookShare to Pinterest
Labels: 666 Conspiracy, Christopher S. Hyatt, Counterculture, Human Potential Movement, Lucifer, Psychopaths, Psychopathy, Psychotherapy, Satanism